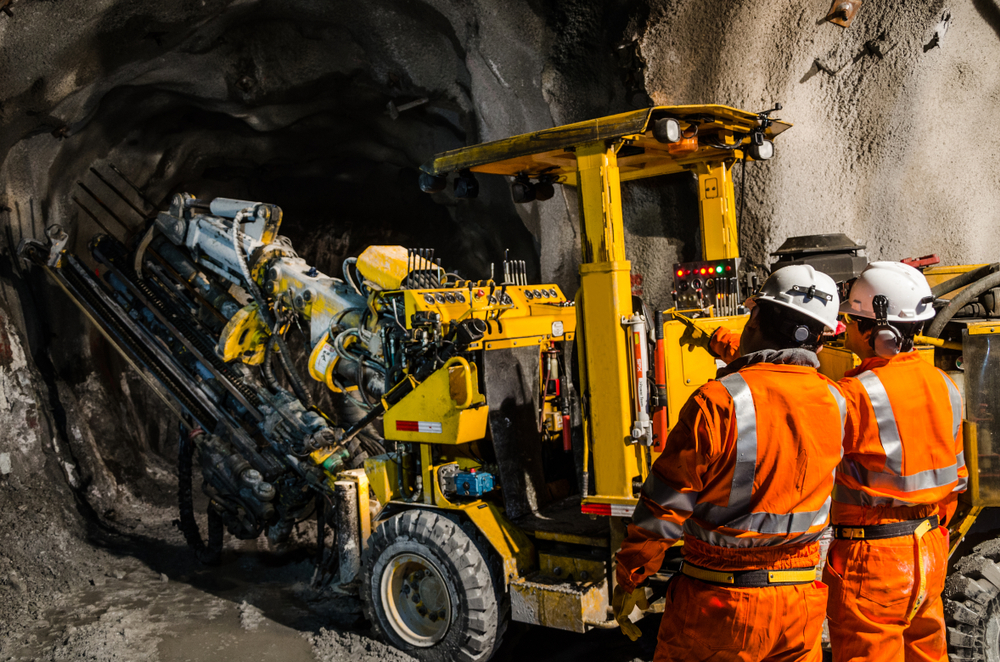 When most people think about dangerous jobs, we probably come up with images of those old-time coal miners who suffered from 12 to 14 hour days working in dangerous conditions where black lung disease, fires, and being buried alive were everyday work hazards. In fact, the Mine Safety and Health Administration (MSHE), which is a division of the U.S. Department of Labor, finds that in the early decades of the 1900s, it was common for there to be well over 4,000 deaths of miners every year in the United States alone.

That amounts to almost five deaths per every 1,000 miners!

Despite the fact that mining safety has greatly increased in recent years, the Department of Labor reports that in 2019 there were still 24 mining fatalities across the United States. Furthermore, due to the dangerous nature of the work, mining workers are at risk for potentially dangerous disasters that could lead to multiple injuries and casualties.

This short article will explore the importance of mining safety equipment and look at some of the best practices in underground mining safety so that mining companies can reduce the likelihood of dangerous workplace accidents and injuries to their workforce.
‍

‍There are almost 600,000 people employed by the mining industry in the United States, though not all of those workers go into the mines where dangers are drastically increased. Both surface and underground mines present a series of potentially dangers to miner health and wellbeing. Some of the specific health threats include:

Also known as the black lung disease, this health problem develops from regular exposure to harmful contaminants in the air such as silica dust and other mineral dust. To avoid these respiratory illnesses, mining companies need to provide their workers with personal protective equipment and develop strategies for improved ventilation within the mines.

These occur due to the physical nature of the job and the heavy lifting involved. Whole Body Vibration (WBV) can also lead to musculoskeletal disorders when spending a lot of time sitting on machinery in mining extraction, or by standing on jumbo operators for long periods of time.

Who Regulates Mining Safety in the United States?

‍
In the United States, the Mining Safety and Health Administration (MSHA) is responsible for enforcing the Federal Mine Safety and Health Act of 1977, which was amended by the MINER Act of 2006. This law gives the Secretary of Labor the authority to develop, promote, and revise health or safety standards for the protection of life and prevention of injuries in the nation’s over 13,000 mines.

The regulations and safety standards enforced by the MSHA are put in place to defend the safety and wellbeing of miners across the United States. These safety standards and regulations require mining businesses to follow the rules in order to maintain a compliant working environment.

So what exactly do the MSHA regulations entail? Among other things, the MSHA requires that:

Additionally, the Mine Act requires that each surface mine be inspected by the MSHA at least twice a year. Underground mines, due the increased danger of the work, require at least four annual inspections. You can find a complete list of the different standards and regulations that the MSHA enforces here.
‍

‍For businesses that operate within the mining industry, another great strategy to ensure that your company is in compliance with all relevant OSHA regulations is to hire a third-party contractor that can help your company develop the best safety and injury prevention protocols. Work-Fit is a leading onsite and telehealth injury prevention and workplace wellness management for your workforce.

Our workplace injury prevention and injury management programs are a great resource that can help mining companies best operate within MSHA compliance. Quality injury prevention programs also play a major role in lowering worker's injury claims in order to save your company money.

Contact Work-Fit today to see how we can help your company improve the workplace health and safety protocols for your miners! 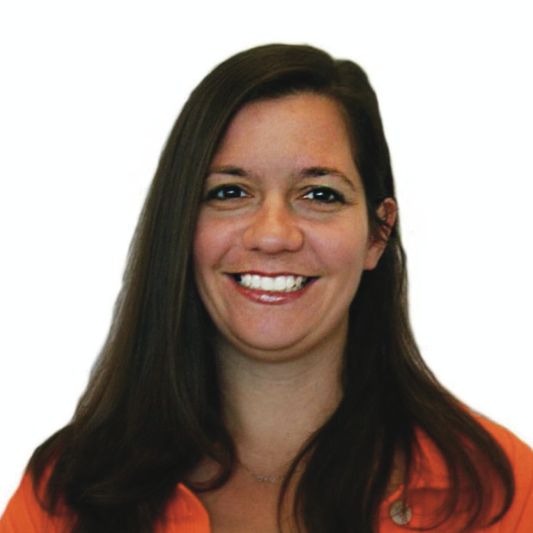 3 HVAC Safety Issues Your Employees Should Be Aware Of
Safety Tips for Cutting Fiberglass Insulation
How to Prevent Arm Overuse Injuries in the Workplace
Safe Nurse Tools: 3 Features to Look For
Workplace Hand Protection: Everything You Should Know
See More
5 Signs It's Time to Replace Your Work Footwear
How to Prevent Overuse Ankle Injuries in Your Workplace
3 Concrete Safety Precautions That Can Keep Your Employees Safe
Warehouse Safety Dos and Don'ts
Our 3-Piece Safety Equipment List for Any Company
3 Common Workplace Hand Injuries (and How to Prevent Them)
How to Calculate (and Lower) Your Company's TRIR
Manufacturing Safety: 3 Best Practices for Safer and Healthier Production Facilities
3 Benefits to Hiring an Outside Site Safety Representative for Your Workplace
The Best Shoes for Warehouse Work: 5 Criteria Your Employees' Footwear Should Meet
3 Workplace Safety Violations You May Be Making Without Even Realizing It
"Nose Over Toes" and 3 Other Tips for Safe Lifting
3 Tips for Workers (and Their Supervisors) to Help Prevent Hand Pain From Typing
3 Virtual Employee Wellness Program Elements That Can Benefit Dairy Industry Workers
4 Tips That Can Help Machine Operators Stay Cool While Working in the Heat
These 4 Precautions Can Reduce the Risk of Railroad Worker Injury
4 Injuries That Employees in Remote Biotech Jobs May Develop
Doing Bench Work in the Lab Can Be Harder If Your Workers Are Making These 4 Ergonomic Mistakes
What Is the Ergonomically Optimum Body Posture for Common Tasks Done in Physically Demanding Jobs?
What Should Work-Life Balance Actually Look Like for Athletic Trainer Jobs?
3 Reasons a Worker Should Use Virtual Injury Prevention Tools to Prevent Overuse Injuries
Doing Food Production Jobs Can Lead to These 3 Injuries
4 Tips From Athletic Trainers That Can Help Those With Outdoor Jobs Brave the Summer Heat
4 Things You Can Do to Keep Your Workers Cool in the Heat
4 Benefits Your Company Could Reap From Making It Easier to Access a Hydration Station
Are There Ways Your Employees Can Treat Ankle Sprains Besides Wrapping Them?
How Can Certified Athletic Trainers Help Your Employees Avoid Calf Muscle Strains?
Why Should Occupational Accident Insurance Carriers Offer Well-Being Programs?
3 Types of Musculoskeletal Injuries Transportation Industry Workers Can Avoid
What is Synchronous Telehealth and How Can It Benefit Your Employees?
What Benefits Can Virtual Employee Wellness Programs Offer Your Company?
5 Mental Health Check-in Questions You Want Your Workers to Ask Themselves Regularly
The Top 5 Osha-reported Ergonomic Hazards and What Your Company Can Do About Them
What Is the Ergonomically Optimum Body Posture for Your Desk-bound Employees?
3 Benefits of Boosting Your Company’s Interest in Employee Engagement and Well-being
Avoid Being Re-injured After Returning to Work by Prioritizing These 5 Recovery Steps
What Is A Certified Athletic Trainer?
What Is An Industrial Athlete?
Laboratory Worker Safety: What You Need to Know
What Does an Exercise Physiologist Do?
What Exactly Do Health Promotion Professionals Do?
Essential Ergonomic Office Equipment For 2022
How to Improve Warehouse Safety
What is a Human Resources Manager?
What Is A Physical Therapist, & What Do They Do?
Hair Salon Ergonomics: How to Avoid Long-Term Musculoskeletal Stressors
What Qualifies as OSHA First Aid?
Office Micro Breaks: Your New Strategy For Boosting Productivity, Health, & Safety
How to Reduce your OSHA Recordable
Ergo Self-Assessment: Desk Layout
Running a Three-Shift Operation: Wellness for Each Shift
How Nutrition Affects Employee Wellness
Employee Wellness and Productivity: What You Need to Know
Does Ergonomic Typing Exist? (Yes!)
Longevity for Automotive Production Workers
Ergo Self-Assessment: Fix Your Office Setup
Reducing Workplace Sprains and Strains
Managing Fatigue In The Workplace
How to Keep Your Older Workers Happy
How To Prevent Osteoarthritis In Your Workforce
Preventing Iliotibial Band Syndrome In Your Workers
Warehouse Pallet Rack Safety 101
How to Promote Safety Culture In Your Workplace
Causes of Occupational Skin Diseases
Occupational Lung Disease: How To Prevent It
The Top 10 Safest Occupations In The US
How to Stay Safe While Welding
Workplace Safety For Shipyard Workers
How To Manage Professional Jet Lag
Protecting Your Ears In Loud Workplaces
Working Safely In Dangerous Occupations: The Cleaning Industry
Making The Mining Industry Safer
Safety In The Iron Industry
The 10 Most Dangerous Occupations (And How to Make Them Safer)
Work-From-Home Ergonomics: How To Keep Your Remote Workers Healthy
5 Quick Tips For Working Outside In the Heat
Why You Need Proper Fall Protection at Work
Protecting Our Military: How Holistic Wellness Is Transforming The Army (H2F)
Protecting Our Military, Part 4: Injury Trends In The Marines And How To Avoid Them
Protecting Our Military, Part 3: Injury Trends In The Navy And How To Avoid Them
Protecting Our Military, Part 2: Injury Trends In The Army And How To Avoid Them
Protecting Our Military, Part 1: Understanding The Physical Demands Of Each Branch
Cashier Ergonomics: Keeping your Cashiers Injury Free
Where to Hang Safety Posters and Signs in the Workplace
Improving the Health of Airline Industry Workers
What You Need To Know About The National Institute of Occupational Safety and Health (NIOSH)
Protect Your Workers With Proper Machine Guarding
Keeping your Workplace Properly Ventilated
Restaurant Safety for Teen Workers
How To Avoid Printing Industry Hazards
Nail Gun Safety: What You Need to Know
Collecting Proper Data for Ergonomic Evaluations
Planning for Workplace Emergencies & Evacuations
How To Keep Cool While Working in the Sun
Ergonomics in Dentistry: What You Need to Know
The Profitability of 30 Minutes of Daily Cardio
The Ergonomic Benefits of Dual Monitors
The Top 5 Industries that Need Onsite Injury Prevention Programs
How to Create Positive Workplace Culture
Working Outside In The Cold: Quick Tips 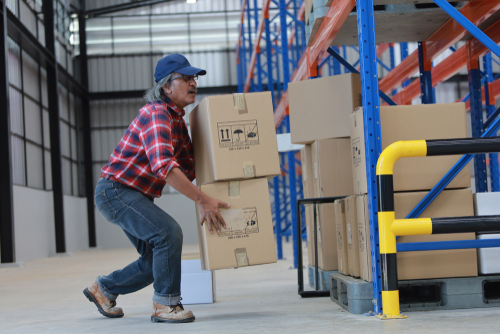 In the U.S., employees are injured in the workplace every seven seconds. Find out what common safety violations you could be making in your workplace. 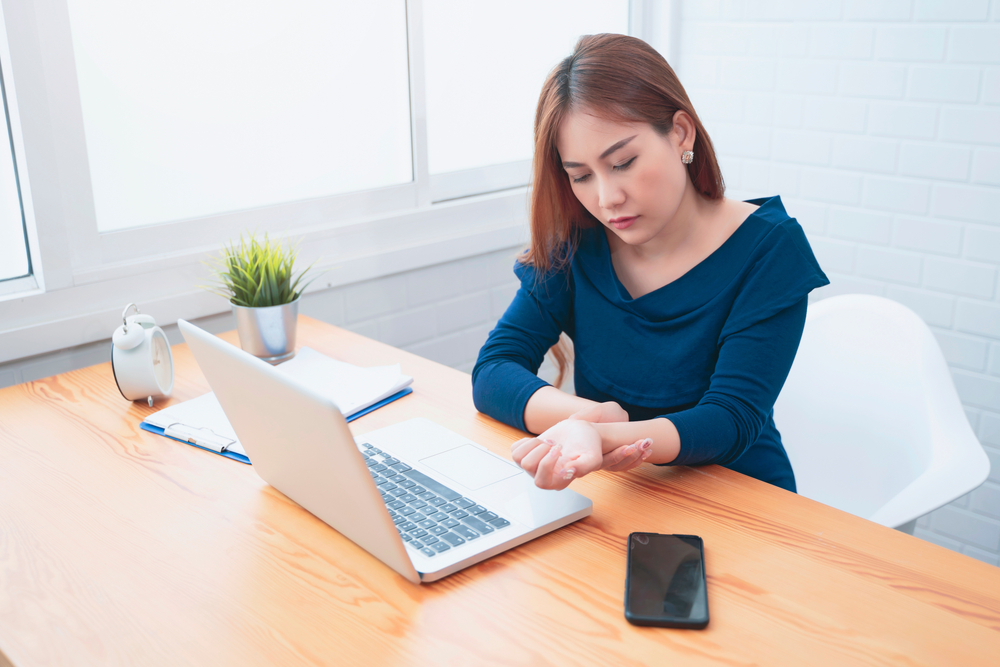 4 Injuries That Employees in Remote Biotech Jobs May Develop

Biotech has significantly shifted to remote work since the pandemic. Learn what injuries remote biotech workers can develop while working at home. 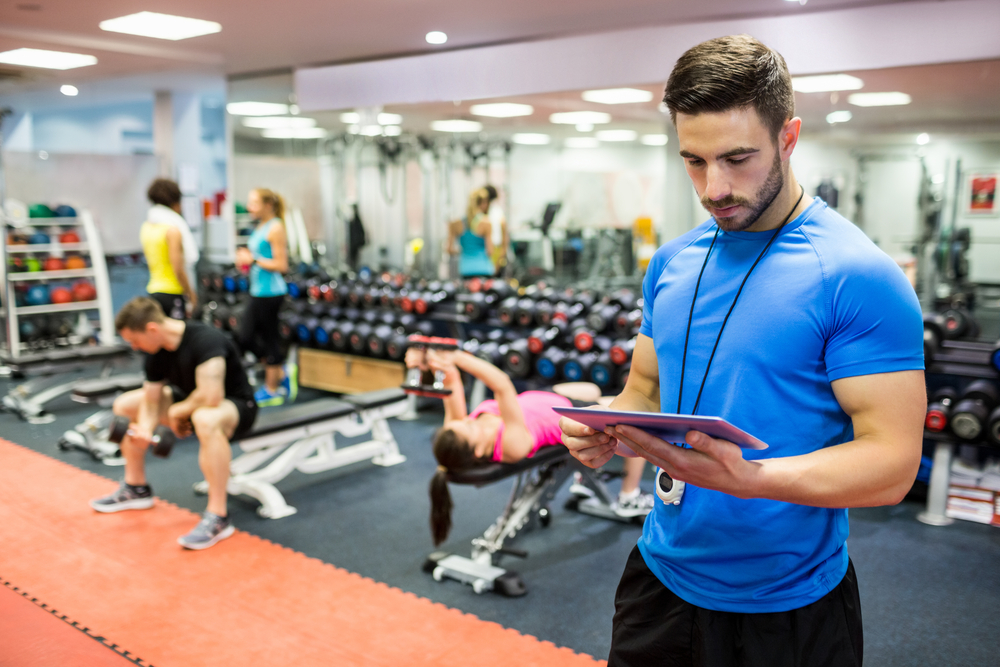 What Should Work-Life Balance Actually Look Like for Athletic Trainer Jobs?